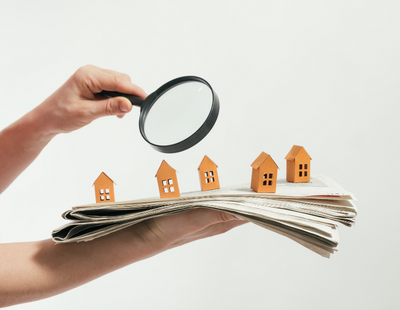 The housing market is moving but sellers need to be more realistic about pricing, Propertymark claims.

It comes as the agency trade body’s latest Housing Insight report showed 52% of member branches had most sales completed below asking price in September.

This compares to a low of just 15% in March.

It still leaves 48% of sales agreed at or above asking price and compares to a pre-pandemic average for sales below asking price at 78%.


The report showed agency stock supply is improving, with the number of homes for sale per member branch up by 50% since April from 20 to 30.

Despite rising interest rates and the cost of living crisis, Propertymark’s figures show that agents have not had this level of homes for sale since March 2021 when it sat at 31 per member branch.

New instructions were up slightly to an average of 12 per member branch in September, having remained fairly steady since January, according to the report.

The figures still stand well below the pre-pandemic average for September of 41 properties available per member branch, Propertymark said.

The report notes that the number of house hunters registered on estate agents’ books peaked in January and April this year with a noticeable dip over the summer months.

But Propertymark said this figure picked up in August and September, standing at an average of 83 house hunters per branch.

Propertymark said: “While the pickup has held, it has not increased any further, suggesting there may be some hesitancy among new buyers given rising interest rates.”

Nathan Emerson, chief executive of Propertymark, added: “Over August and September, we have seen an increase in people wanting to get their homes valued and sold. This is great news for buyers who have missed out previously.

“With the economic climate changing, sellers will need to be realistic about the prices they might achieve, but as most people move every 15 years or so they are still seeing a considerable lift in value from what they would have paid.”