Fine & Country: The Fine & Country Foundation will once again be hosting its annual Carols By Candlelight at the iconic King’s College Chapel in the heart of Cambridge on Sunday 4 December.

The College’s mixed choir, King’s Voice will perform and lead the carols concert which starts at 5pm.

VIP guests will be seated at the front and are invited for mulled wine and mince pies in the Provost Lodge following the concert.

As always, all of the proceeds from the event will go towards charities fighting against homelessness and poverty.

Jon Cooke, trustee of the Fine & Country Foundation, said: “The carol concert has become a highlight for many on The Foundation’s annual calendar and we are pleased to be able to host the event once again. It is a great way to get into the Christmas spirit with friends and family, while giving back and making a difference.

“As the prices for goods and services increase and the economic climate becomes ever more challenging, those facing homelessness are at increasing risk of not finding a suitable place to live and the basic living needs. For these reasons, this year’s fundraising is more important than ever.

“The money raised at the carol concert will be divided between Emmaus Cambridge, Jimmy’s Cambridge, Wintercomfort and Cambridge Cyrenians.”

Brand Vaughan: A Sussex estate agent has swapped selling properties for buying art as part of a fundraiser that netted more than £20,000 for a quartet of charities – and even included a brush with fame with music legend Fatboy Slim.

David Vaughan, joint founder of Brand Vaughan, dug deep to make the winning bid for a new piece of original art created by celebrity hairstylist and contemporary artist Mark Woolley in celebration of his hometown when it came under the hammer.

Legend & Folklore of Brighton & Hove is a two-metre mixed-media collage and silk screen painting that was brought to life during the Covid-19 lockdown and features more than 300 images of people and places that define Brighton.

David said: “As someone brought up in Brighton, the piece immortalises our district’s diversity and landmarks and I’m thrilled to now be lucky enough to own it – while at the same time supporting four charities close to the heart of our community.

The superstar DJ and Brighton legend Fatboy Slim also features in the piece and was on the decks to play a private performance to mark the unveiling and auction sale.

The artwork also captures the history of Brighton via backstage snaps from his 2002 Big Beach Boutique and behind-the-scene photos taken during the filming of Quadrophenia.

A number of other artworks and limited-edition prints were also sold on the night.

The challenge saw 50 people cycle 568km across Botswana over a five-day period to collectively raise an incredible £250,000.

The group cycled in 38-degree temperatures, faced 20km winds and storms and were challenged by early starts and camping in the wild, while travelling the long road from the safari capital of Maun to Kasane on the edge of the Chobe River and National Park.

Nicki, who has so far raised £4,639, said: “After attending a Norwood property event, I was touched and inspired by the charity and the fantastic work they do to help so many.

“I decided to help make a difference by taking part in the challenge, which was tough and mentally testing but I wanted to really push myself out of my comfort zone. I’m so pleased I did, although it was often uncomfortable it was an amazing experience and so rewarding.

“I’d like to thank everyone who has donated so far and supported me to help raise money for such a wonderful cause.”

Norwood supports more than 2,500 vulnerable people and children with learning disabilities and autism, as well as their families who face challenges and require specialist help and advice.

The charity delivers a wide range of services from residential and supported living to occupational therapy, language therapy and psychotherapy.

> Find out more and donate: https://www.justgiving.com/fundraising/Nicki-Treffers2

My Property Box: Estate agency group My Property Box has raised around £10,000 during its 10th anniversary year for the Red Sky Foundation.

The total was boosted by more than £7,000 generated by the James Bond-themed My Property Box Charity Ball held at Hardwick Hall, Sedgefield.

Attended by a sell-out 310 guests, it included a three-course meal, charity auction, and entertainment in aid of the North East heart charity.

Several big ticket auction items attracted generous bids, including a half-day cruise for eight aboard a motor yacht followed by a three course meal at Rik Stein’s Bournemouth restaurant, and a table for 10 at celebrity chef Marcus Wareing’s restaurant at the Berkley Hotel in London’s Knightsbridge.

Other items in the auction included artwork plus signed film and sports memorabilia.

This, together with the money raised through ticket sales, has so far generated more than £7,000 for the company’s nominated good cause.

Earlier this year, staff from the Darlington-headquartered My Property Box, together with team members from its Newcastle based sister company Groves Residential, also raised more than £2,700 for Red Sky Foundation after scaling England’s highest mountain, the 3,209ft-high Scafell Pike.

Ben Quaintrell, founder and managing director of My Property Box, said: “The ball was a wonderful way to mark 10 years of the business whilst raising an important chunk of money for such a great charity that is dedicated to saving and changes lives.

“I’d like to thank everyone who attended for their support and for making it such a very special occasion.”

TDS: The TDS Charitable Foundation (TDS CF) has revealed some of the beneficiaries of its fundraising so far this year.

Its 2022 TDS Charitable Foundation annual review highlights some of the projects it has supported in the period April 2021 to March 2022.

This includes co-funding the final year of a three-year CACHE research programme, which published a suite of reports setting out the underlying issues in the operation of the private rental sector to help policymakers respond to the challenges.

It has also supported the Manchester Citizens Advice Bureau with further funding to develop and launch a multi-platform AdviceBot.

Peterborough Asylum and Refugee Community Association was also awarded £9,919 to run training for staff and volunteers to understand the PRS.

The firm, which has sponsored a number of sporting people, events, and clubs in the past, has provided a front of shirt kit sponsorship for Seaburn Juniors for the 2022-2023 season.

Helen Wall, senior surveyor at Bradley Hall’s Sunderland branch said: “We are very excited to be supporting Seaburn Juniors this season as they are a fantastic local football club that nurtures and develops this region’s young football players.

“Seaburn Juniors have had a great deal of success getting talented young players signed onto academy contracts regularly, due to the community club training at an elite rather than entry level.

“At Bradley Hall we are firm believers that sport is very important to our local communities as it teaches young people the importance of teamwork and dedication and promotes a healthy and active lifestyle. I wish Seaburn Juniors the best for their next season.”

Michael Coughlan, coach and manager of Seaburn Juniors, added: “We are delighted for the upcoming season and are very grateful that Bradley Hall’s Sunderland office have chosen to support us.

“Working with these children is a pleasure; I love seeing their confidence grow over time and watching as their friendships increase the longer they are with us. At Seaburn Juniors, each individual child can develop in a high quality, skill-led, professional environment that prepares them for futures in football, while also teaching them discipline for other careers they may enter into.

“It is great that another local business such as Bradley Hall is able to support grassroots sport across Sunderland and the wider area.”

Since 2013 Bradley Hall has raised and donated more than £200,000 for local charities, community action projects and grassroot sports clubs. 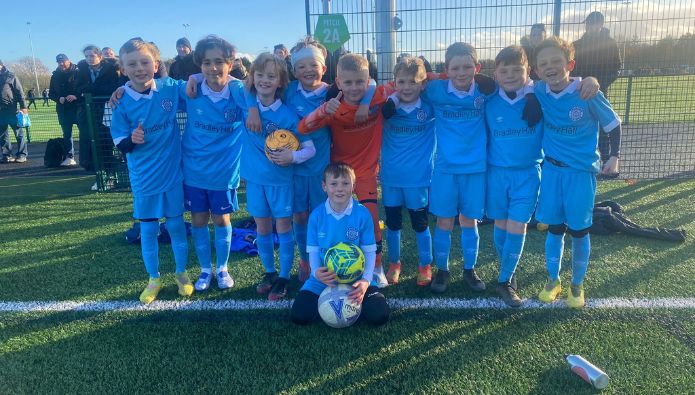 Agents Giving: Property professionals are being invited to get their dancing feet ready as plans are already underway for next year’s Agents Giving Charity Ball.

Agents Giving has announced lead handling technology firm Callwell as the headline sponsor for its Charity Ball, which will take place on 14 July at the Epsom Downs Racecourse in Surrey.

The recruitment for Strictly Agents dancers is also underway so if you think you have what it takes to take to be a Strictly Dancer get signed up now.

You could join the group of 2023 Strictly dancers and glide across the ballroom next July.

Henry-Darke said: “This is my third year attending the Agents Giving Ball, and it has been amazing to watch my friends in the industry and all involved get out of their comfort zone and dance.

“I am the worst dancer, so wish me luck! It’s so important to give back and support the amazing charity work that Agents Giving does, and I look forward to getting involved in 2023! ‘’

This glitzy party will also celebrate the fundraising achievements of agents and suppliers with The Fundraising Champions Awards.

“Guests will enjoy a drinks reception with spectacular views over the historic racecourse and London. There will be a three-course meal, charity auction and plenty of dancing, including the Strictly Agents Dancing Competition, live band and disco.

Bob Scarff, managing director of Callwell, said: “Callwell are thrilled to once again be the headline sponsor for a second year at the Agents Giving Gala ball.

“Following on from last year’s success we are looking forward to coming together in July to celebrate the outstanding charity work you are all doing and to see the brave from our industry in the Strictly dancing. We have long been supporters of Agents Giving and their amazing work and are looking forward to another successful charity event.”

> Book your early bird tickets today to secure your place at the ball at: https://agentsgiving.org/event/strictly-agents-dancing-charity-ball-2022/ 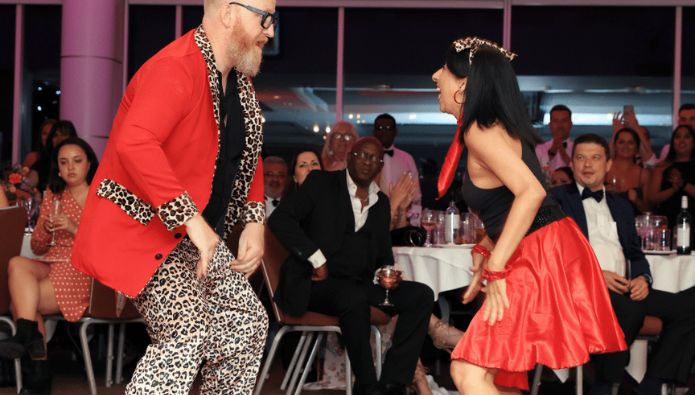