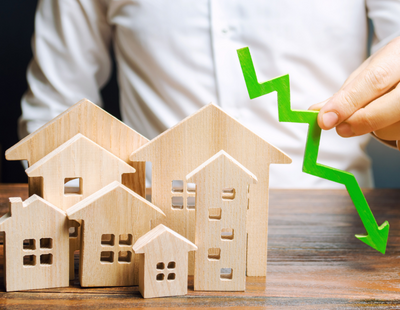 The latest Land Registry House Price Index showed annual price growth of 13.6% in August, down from 16% in July 2022.


The annual figures are skewed for the end of the initial Stamp Duty holiday in June 2021.

House price growth was strongest in the South West where prices increased by 17.0% in the year to August 2022.

The lowest annual growth was in London, where prices increased by 8.3% in the year to August 2022.

Commenting on the data, Andy Sommerville, director at conveyancing software provider Search Acumen, suggested the monthly rise may be the last we see for some time due to the levels of consumer confidence in the market.

He said: “We’ve seen Rightmove note overall buyer demand has slumped 15% compared with the same fortnight in 2021, indicative of a cold winter ahead.

“If the new mood music from the Treasury can reassure global financial markets, this should ultimately reduce the ceiling on future increase rate rises from the Bank of England.

“But in comparison to the last decade, elevated mortgage rates are going to be a fact of life for the foreseeable future, which will inevitably impact supply and demand.

“With mortgage offers at risk of being revised or withdrawn, there will be more pressure than ever on the wheels of the property transaction process to turn smoothly and swiftly to get transactions over the line. Policy changes announced on Monday mean we are likely to see the energy crisis rise again in April, bringing with it a new wave of uncertainty.

“In order to keep transactions in motion and ward off house prices falls, the Government needs to up its focus and commitment on tackling planning reform and pursuing digital transformation to give the industry greater resilience.”

He added: “Those that can are pushing on and securing deals ahead of further increases, while others have paused plans to digest events.

“With affordability set to be a growing barrier for many homebuyers in the coming months, we forecast house price growth will slow from here with price falls in 2023.”

Nick Leeming, chairman of Jackson-Stops, said the agency brand is seeing rising levels of supply and demand but predicted that the market will remain active among cash buyers at the higher end.

He said: “As the sub-one percent borrowing environment comes to an end for good, many vendors are choosing to act now and lock in rates as soon as possible before further announcements from the Bank of England, even if they aren’t as competitive as they were just a few months ago. This will be a long-term adjustment to a new normal that will likely take time to settle in.

“Yet, we expect that the market will continue to remain most active at the top end, where cash purchases persist and are much less impacted by economic headwinds.”