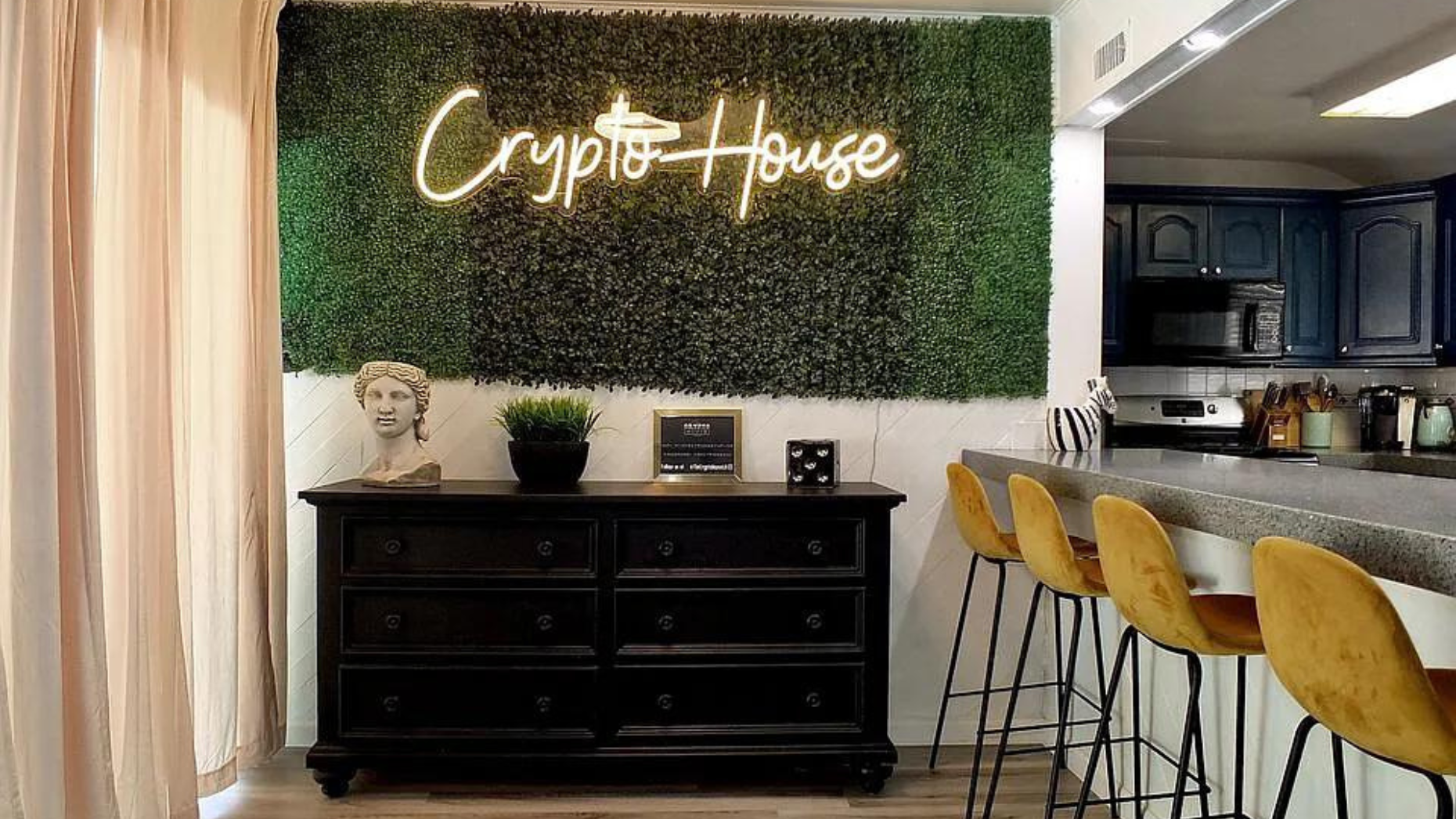 The owner created a house that’s fit for Airbnb, complete with walls lined with NFTs, memes and other relics of crypto’s heyday. It’s for sale for about 20.4 million Dogecoins.

A Los Angeles homeowner who rehabbed her Hollywood house into a crypto bro’s dream palace has listed her home for $1.2 million.

And like the murals of NFTs that line the walls in each of its three bedrooms, this is one of a kind.

The listing says the home is “priced to sell,” complete with three bedrooms, three bathrooms, a detached bonus room and all the furniture.

What’s absent from the listing is any mention of the story told by the walls, which include homages to the NFTs — or non-fungible tokens — that traded for nearly unimaginable amounts of money during the height of cryptocurrency.

In the dining room, a whole cast of dozens of bored-looking, painted apes surrounds the table, a recreation of the primates in the Bored Ape Yacht Club.

Head into the living room where the purple furniture, fireplace and mantle sit among paintings of CryptoPunks that sold for hundreds of thousands of dollars or sometimes much more.

The walls of one bedroom are lined with images of real tweets of people talking about trading NFTs and another is home to the infamously goofy-looking Shiba Inu that’s the mascot of the Dogecoin meme stock.

The unique nature of the home attracted a post by the social media account Zillow Gone Wild, which features unique and sometimes outlandish real estate listings.

According to news outlet dot.LA, the seller is Elle Levy who became entrenched in the world of crypto in 2017 before she retrofitted the home into a series of them.

The abode became an obvious choice for Levy to rent out as a short-term rental, as Airbnb investors increasingly design one-of-a-kind homes with the goal of fetching higher nightly rates and more occupants.

The success of Levy’s Crypto House as a short-term rental led to issues with her neighbors, she told dot.LA, which is why she’s selling. (She plans to recreate the home elsewhere.)