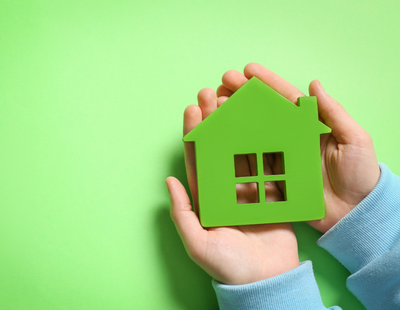 More than two-thirds of Europeans are willing to compromise on certain features of their future home for the sake of the environment, research claims.

With heatwaves, droughts and flash flooding affecting large parts of Europe in 2022, property specialist and agency franchise brand RE/MAX Europe has tried to identify how environmental considerations are likely to affect the housing market.

A survey of 15,000 consumers across 22 European countries by Kantar on behalf of RE/MAX Europe found that 68% of respondents were prepared to adapt their property requirements for the benefit of the environment.


Across Europe, 45% of people were “more likely to move than they were a year ago,” with 29% seeking more space.

However, 31% said they would downsize to move to a more environmentally-friendly house.

A quarter of environmentally-conscious individuals also said they were happy to accept a smaller garden if it means helping the planet.

Another 17% were willing to have a longer commute and 16% would move to a less desirable location if it meant having a more environmentally-friendly home.

However, only 6% were willing to compromise on educational opportunities for themselves and their children.

There were also age and regional differences.

Homebuyers in Turkey were the most willing to modify their property requirements, with 82% indicating that they would accept at least one of the six compromises. Similarly, consumers in Romania (76%), Croatia (76%) and Greece (75%) are willing to be flexible to help save the environment.

At the other end of the scale just under half (46%) of Dutch consumers were unwilling to compromise on any of the criteria.

Similarly, many people in Germany (37%) and Wales (39%) were unwilling to compromise on any of the factors suggested.

RE/MAX Europe said his research showcases the need for buyers to have access to reliable and trustworthy real estate experts acting on their behalf to help them find a property that fits their desired lifestyle.

Michael Polzler, chief executive of RE/MAX Europe, said: “The research shows that homebuyers are keen to reduce the impact of their home on the environment, but they are often unsure how.

“Housing is a big part of an individual’s carbon footprint, and real estate expert can have a role in helping buyers to understand the environmental credentials of their future home.

“Most real estate experts probably never discuss environmental concerns with homebuyers, it’s clear that this is something they could do more of. The research shows this is a missed opportunity both for the industry and the planet.”