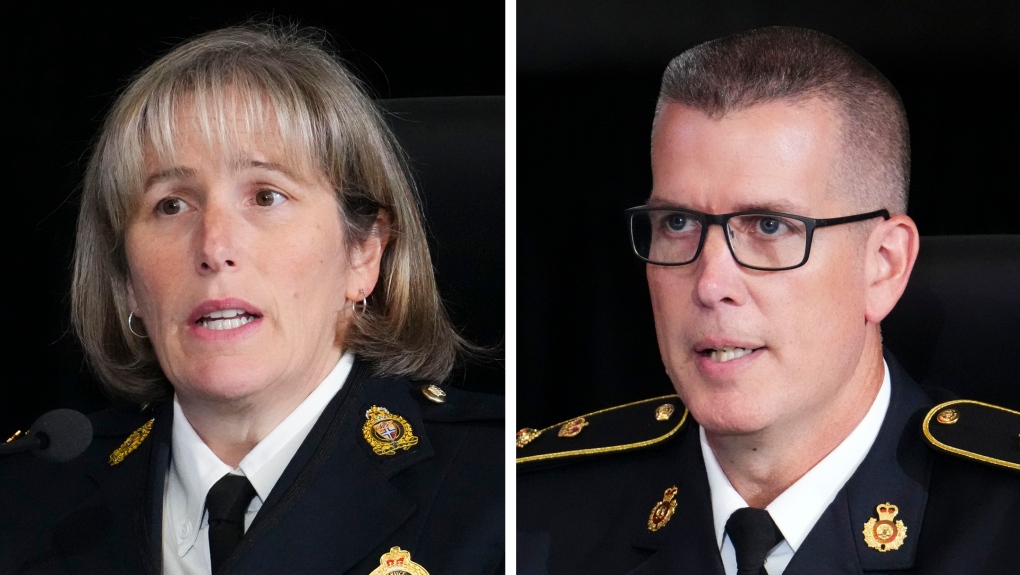 Starting late in the day on Oct. 19 and continuing on Oct. 20 and Oct. 21, the national inquiry examining the federal government’s invocation of the Emergencies Act heard from initial police witnesses from the Ontario Provincial Police (OPP) and Ottawa Police Service (OPS).


In this testimony, the Public Order Emergency Commission heard about some of the political and personnel dynamics at play behind the scenes, and documents provided new insight into the kind of intelligence police forces had about the ‘Freedom Convoy’ as it rolled across Canada and landed in the nation’s capital.


With more police testimony scheduled in the days ahead, here are some key findings so far.


According to acting deputy Ottawa Police chief Patricia Ferguson, who testified on Oct. 20, the initial planning for the ‘Freedom Convoy’ was based on what a commission lawyer described as a “boilerplate” standard template used for demonstrations, and based on the assumption the protests would be over by Monday.


“I think what they did was they developed a plan commensurate to the experience that we’ve had for over two-and-a-half decades in the city, as far as I know, on what demonstrations generally look like, how long they last, and the type of behavior we see,” Ferguson said. “Protesting, you know, generally is a limited window in our experience.”


In hindsight, she testified that OPS should have “given more credibility to the information and intelligence telling us that there was a faction that we’re planning on staying for a much longer period of time.”


Speaking of that intelligence, according to documents presented to the commission from the OPP, the provincial police force had been doing its own assessments under project “Hendon” and gathering information on the convoy as it moved into and across Ontario. One “gap” in their intel was why participants in the convoy were transporting “pieces of heavy equipment.”


In a “Situation Report” from Jan. 28, the first day of the protest, other elements the OPP were uncertain about at that point were: the extent of extremist participation, the potential for some participants to be armed, and whether they were coming with enough supplies for a prolonged stay.


Asked relatedly about why after seeing the convoy head towards Ottawa with various pieces of equipment and plans to park until “they get their lawful freedom back” the city didn’t impose more road closures and barriers, Ferguson suggested that it may not have been helpful because “if people were wanting to leave, the barriers would have impeded them from being able to do that.”


After painting a picture of how in need of assistance the Ottawa police service became after their initial assessment of the convoy being a weekend-long event, Ferguson was asked by a lawyer representing the federal government about the role the Emergencies Act played once it was invoked. She said it was “helpful.”


Ferguson indicated to the commission that in her view, OPS staffing was their “Achilles heel” throughout the occupation. She said the pandemic and the current wave of COVID-19 infections had considerable impacts on staffing levels.


“I would describe us as being on our knees and having run a marathon for the last two-and-a-half years, and it felt like they’d moved the finish line 100 yards or another mile and given us 200 pounds to carry to get to the end. So staffing was I would say, our number one Achilles heel in all of this. And so all of these people who had worked for the week leading up to the convoy over the weekend… When the convoy came in, we were trying to manage staffing and clear posts. Some of them were working up to 15 hours. They were exhausted, so we needed to make sure that our people had time off,” Ferguson said.


The lack of staffing became a big risk for the service, she said, as there was no contingency planning to keep staffing levels up past the first weekend. Compounding this, Ferguson testified that there was a lot of confusion within the force, and inconsistent directions given by leadership.


“Our planners were also people who were site commanders on the ground, who were trying to manage things at the very tactical level. And so I think, to say we were struggling is fair, and accurate.”


This continued into the second weekend of protests, she said, telling the commission that by Feb. 4 the service did not have a new plan for how to handle the protesters.


“Our planners, I think were working on developing it. But they were also dealing with a number of the live issues, putting out fires as it were,” she said.


Tapping into this “dysfunction,” the OPP at times during the protests refused to deploy officers to help remove trucks from the intersection of Rideau and Sussex because, in OPP then-Director of Operations Craig Abrams’ view, the safety of his officers was a concern because OPS did not have sufficient planning in place.


In one of the more telling portions of her testimony, Ferguson was asked to comment on whether she agreed with phrasing included in a draft ‘demobiliziation plan’ from Feb. 10—four days before the Emergencies Act was invoked—that made a series of frank statements about the state the Ottawa police found themselves in at that point in the protests.


Under a section titled ‘Deployment Plan’ it stated that the current situation was: “Not intelligence led.”


It also noted that while officers had “low morale” and there was poor communications, the protesters had the initiative.


The document states there was “unclear and vague command and control,” and there was “unqualified trained leadership.”


Being taken through this section, Ferguson said at one point that while they did have a system in place, “we had players who were, you know, jumping up or jumping down our incident command structure.”


Speaking about the point about unqualified leadership, Fergusons said that OPS had lost a lot subject matter experts in the last four or five years.


“And, because we hadn’t had any big events, you know, with COVID, with no presidential visits, none of those things, we hadn’t flexed those muscles. And so this was obviously unprecedented in terms of its size, and the type of thing we were dealing with,” she said.


The document also made note that the Ottawa police had “no national perspective” and its focus was “only maintenance and not resolution.”


Fergson testified that she recalled then-Ottawa Police Chief Sloly saying: “‘I don’t care about what’s going on elsewhere. Ottawa is where I need to, you know, have my focus.’ And, you know, from his perspective, I can understand that, but we did know that when we took actions here, it had ripple effects across the country. These were very connected, reactive people,” Ferguson said.


In a Feb. 6 ‘Project Hendon’ situation report, the OPP put considerable attention on some of the controversy surrounding the “de-platforming” of the GoFundMe crowdfunding page. The OPP cautioned that with the protest garnering the attention of U.S. Republicans including Donald Trump Jr. and Marjorie Taylor-Greene as well as other “controversial, but very influential, ultra-conservative public figures,” this could increase the “anti-government sentiment” in Canada and harden protesters’ resolve.


In this report, the OPP also made the assessment that the Ottawa protesters appeared “to have the financial and logistical support to remain in place for the long-term.”


They also noted that “the apparent support from Canadian political figures is certain to further embolden those organizing and participating in the blockade, lending them credibility and validating their tactics… As long as the blockade remains in place, it will continue to attract individuals and groups with a range of different ideologies, agendas, and intentions hoping to capitalize on the protest for their own ends.”


The OPP cautioned that support from public officials would be likely to “nurture and embolden ideologically motivated extremists in Canada.”


Asked about this during his Oct. 19 testimony, OPP Provincial Operations Intelligence Bureau’s Supt. Patrick Morris seemed to contradict what his colleagues had made note of, stating that while he saw online rhetoric and information on social media regarding protesters’ extremist views, he was “aware of no intelligence that was produced that would support concern in that regard.”


Challenged on this by a federal government lawyer who pointed to other documents that made reference to intelligence gathered about Diagolon and Quebec-based Farfaada’s involvement in the protests, Morris said that while “everybody was asking about extremism, we weren’t seeing much evidence of it.”


TOTAL OF 533 CHARGES LAID IN OTTAWA


During testimony on Oct. 20, a document was entered into evidence that showed that there were 533 charges laid in relation to the convoy, including weapons charges, assaulting a peace or public officer, hundreds of mischief charges, and obstructing arrest.


After the convoy organizers’ lawyer tried to get Ferguson to agree that there was not an increase in violent crime in the city during the protests, she said she didn’t agree. He then suggested that there were not many charges laid during the period of the protests, to which Ferguson noted that while charges may not have been laid in the moment, that can be attributed to the investigation time needed before charges were laid.


Picking back up on this in her cross examination, an OPS lawyer asked Ferguson about the charge list, and she noted that during the Feb. 17-21 period of time when the streets were being cleared post-Emergencies Act invocation, 11 peace or public officers were assaulted.


With files from CTV News’ Annie Bergeron-Oliver and Mackenzie Gray