Add First Community Mortgage (FCM) to the list of regional powerhouses that see tough times as an opportunity to grow by investing in technology and broadening their customer base.

Murfreesboro, Tennessee-based FCM announced a “major” expansion of its retail business in the Midwest Thursday, with the addition of former PrimeLending regional sales director Bret Head and the onboarding of a number of PrimeLending veterans who will serve as branch managers in Cincinnati, Chicago, Detroit, Grand Rapids and Indianapolis. 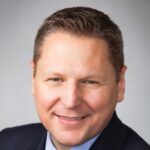 “Our philosophy at FCM has been to ‘grow big, while feeling small,’ and Bret and these other talented additions to our team certainly support that approach, providing a high level of tailored service to their customers in addition to strong experiences,” said FCM President Dan Smith in a statement.

A subsidiary of First Community Bank of Tennessee, FCM is licensed in 46 states and funded nearly $3.5 billion in home loans last year through its wholesale, correspondent and retail divisions. 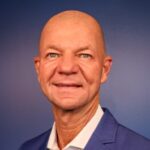 In his new role at FCM, Head will serve as national director of retail sales. A number of other PrimeLending veterans made the move with Head, with the majority joining FCM on Sept. 1, the company said.

While rising mortgage rates have forced many lenders to downsize this year, others have been investing in technology and building local ties to grow their national footprints.

Atlanta-based direct mortgage lender Silverton Mortgage has added new branches in the Carolinas, Arkansas and Missouri over the past year. Huntsville, Alabama-based Hometown Lenders has opened 18 new branches so far this year as it continues to pursue a strategic national expansion. 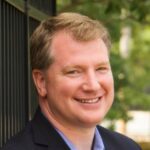 FCM hired Andrew Badstubner, a “transformational digital change leader,” as its chief information officer in July and has also been recognized for its efforts to reach a diverse population of borrowers including Spanish-speaking homebuyers.

Badstubner said at the time that FCM is intent on bringing its digital capabilities “to the bleeding edge of what is possible. We have ambitious growth goals that will allow us to enhance the experience of our customers and business partners, while also improving the experience internally for our loan officers and fulfillment staff.”

Last fall, FCM was recognized by the Mortgage Bankers Association for its efforts to serve a broader, more diverse set of borrowers. FCM noted at the time that it’s the only two-time winner of the MBA’s Residential Diversity, Equity and Inclusion (DEI) Leadership Award for Market Outreach Strategies. 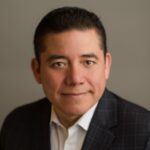 “The Hispanic housing market is currently the main driver of homeownership growth in America,” Vega said at the time. “Hispanics have accounted for 62.7 percent of net U.S. homeownership gains in the past decade, and leading indicators suggest this trend will continue for the foreseeable future.”

The Urban Institute has predicted that Latinos will account for 70 percent of homeownership growth over the next 20 years, and other lenders are also making moves to better serve them. Guaranteed Rate, for example, recently expanded a Spanish language access program launched in April. Mortgage technology provider Maxwell offers a Spanish-language point-of-sale platform to small-to-midsize mortgage lenders.

In addition to investing in technology and broadening its customer base, FCM made a strategic acquisition last year to grow its wholesale lending channel, which serves mortgage brokers. 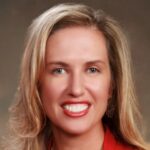 In acquiring A Mortgage Boutique (AMB) in March 2021, FCM also bolstered its executive ranks by bringing AMB co-founder Retta Gardner on board to lead its wholesale division, which it rebranded as AMB Wholesale.

“Retta’s leadership and the combined teams enable strategic growth of our Wholesale Division, while also leveraging many synergies across other FCM divisions,” FCM cofounder and CEO Keith Canter said at the time. “Our clients and business partners will immediately see the benefits of these additional strengths and marketplace momentum, and will have an even better experience.”

The nation’s biggest wholesale lender United Wholesale Mortgage launched an “aggressive pricing strategy” in June that, along with its technology offerings, is aimed at encouraging retail loan officers to defect to mortgage brokers. 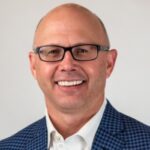 Of FCM’s Midwest expansion, Canter said the company’s primary growth strategy has been to “enhance the experience for all stakeholders.” He said company executives were confident that sales expansion would follow, and that “when talented pros like these want to join us, it’s a win-win that ultimately benefits the people we serve.”