Michael Gove has made one of this week’s big political comebacks after being appointed once again as Secretary of State for Levelling Up, Housing and Communities, this time by new PM Rishi Sunak.

Gove was sacked from the job by Boris Johnson in July this year after joining the growing chorus calling for Johnson’s resignation in a letter signed by other leading MPs including Lee Rowley, who later became a junior housing minister during the Truss premiership.

Rowley remains in the line-up at the time of writing. He replaced Eddie Hughes who had been praised for his work getting the Rent Reform Act off the ground but who clearly wasn’t on ‘team Truss’. Yesterday Hughes was pictured at Sunak’s side in his capacity as a member of the 1992 Committee that ousted Truss and helped anoint the new PM – so revenge really is best served cold.

The re-appointment of Gove is part of a determination by Sunak to build a ‘big tent’ of figures from the different and often politically opposed wings of the Conservative party in order to build unity and restore trust in the Government by re-introducing ‘professionalism’ to its ranks – a clear dig at Johnson by Sunak yesterday. 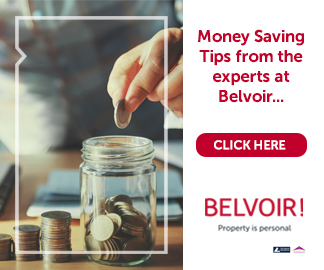 This is something that Gove, who may be disliked by many Conservative Party members for turning on Boris, was appreciated for during his short spell at the Department of Levelling Up, Housing and Communities (DLUHC) earlier this year.

Trade body Propertymark’s Head of Policy and Campaigns, Timothy Douglas (pictured), makes the point: “The Levelling Up agenda and reforms to the private rented sector in England would appear to be back and will take centre stage in the new government as Michael Gove returns to the DLUHC.

“Mr Gove previously focussed on regional disparities and fixing the cladding scandal, but he now needs to go further and tackle the supply crisis in the private rented sector, implement the next steps for leasehold reform, set out the UK Government’s plans for home buying and selling as well engage with the sector to get more people onto the housing ladder and stimulate right sizing to release large, family homes.”

But Gove’s return was most likely a surprise to him too – only a few weeks ago he had lauded his return to the back benches, and had been putting himself about as a paid-for conference speaker, something those in Cabinet are not allowed to do.

Subscribe here for the latest landlord news and receive tips from industry experts: