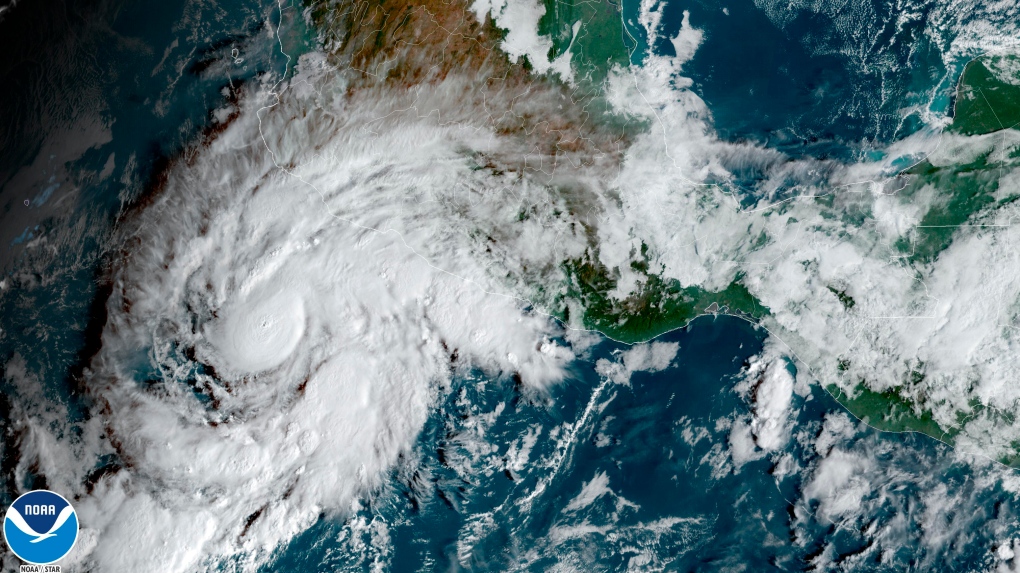 Forming off the western coast of Mexico, Hurricane Roslyn has strengthened into a major Category 4 storm and is expected to make landfall this weekend, forecasts show.


Roslyn has sustained winds of 130 m.p.h. as of late Saturday morning, according to the National Hurricane Center.


“Additional strengthening is forecast today,” the hurricane centre added. “Although some weakening is possible beginning tonight, Roslyn is expected to still be near or at major hurricane strength when it makes landfall on Sunday.”


The major hurricane is located about 150 miles to the west-southwest of Manzanillo, Mexico. Roslyn continues to track to the north-northwest at 8 m.p.h., paralleling the southwestern Mexican coast. The storm is then forecast to turn toward the coastline later tonight before “likely making landfall along the coast of the Mexican state of Nayarit Sunday morning,” the hurricane centre said.


Las Islas Marias — an archipelago roughly 60 miles off the mainland coast — is under a hurricane warning as of Saturday morning, as are parts of the west-central mainland coast from Playa Perula to El Roblito.


A hurricane warning is often issued 36 hours in advance of tropical storm-force winds, and any preparations made before the storm’s arrival should be rushed to completion.


Roslyn will bring dangerous storm surges and flooding rains to coastal areas of southwestern and west-central Mexico over the next 48 hours.


Here are the latest rainfall projections according to the hurricane centre:


“This rainfall could lead to flash flooding and landslides in areas of rugged terrain,” the hurricane centre said.


Dangerous storm surge will also bring significant coastal flooding near and to the east of where the centre of Roslyn makes landfall on Sunday, the hurricane centre added.


“Rapid weakening is expected after landfall as Roslyn moves through the mountains of the Sierra Madre Occidentals,” the hurricane centre said. The official forecast track shows the system becoming a remnant low by Monday.


The storm is tracking similarly to Hurricane Orlene, which made landfall on Oct. 3 just north of the Nayarit-Sinaloa border as a Category 1 storm before dissipating further inland. Orlene had strengthened into a Category 4 storm over open waters the day prior.