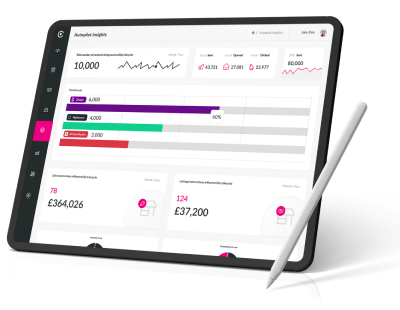 In this latest article from the team at Iceberg Digital, the firm’s CEO sets out what Lifesycle actually is. Is it a marketing system, a CRM or a social media tool? Or all of the above?

With record numbers of estate agents transforming the way they work and moving to Lifesycle, Mark Burgess, CEO of Iceberg Digital, here gives a short explanation for those still in the dark about precisely what all the fuss is around.

You can view the video here or at the bottom of this article.


Iceberg Digital are the creators of Lifesycle, the world’s-first and only software available to estate agents, combining traditional estate agency CRM and marketing software in one platform.

Since becoming an established player in the estate agency software space since its launch in 2020, more and more companies are becoming aware of Lifesycle and the new way of working only possible through Lifesycle and its effective use of Marketing Automation and AI (Artificial Intelligence).

Lifesycle continues to grow at an unprecedented pace, highlighted in this article in September, where lead generation and long-term prospecting drive decision-making in agencies across the UK from all the market uncertainty.

Burgess said: “It has not been long since the announcement that Lifesycle is the chosen software provider for By Design, a new high-end network brand for independent agents launched by former Fine & Country Chief Executive David Lindley.”

“Agents see the impact Lifesycle has on their business because Lifesycle also focuses on winning business, unlike any of the award-winning CRMs that only come into play once you have won the business.”

With Lifesycle 3 due for release later this year, it will be exciting to see what Iceberg Digital has added to Lifesycle, an estate agency software already shaping the industry’s future.