The targeted marketing company’s largest real estate mailing was just over 53,000 pieces, but it found that three out of four mailings were 500 or fewer pieces, with 70 percent stamping campaigns below 750.

For those new to real estate, don’t let anyone tell you postcards don’t work — and if you’ve been around a while and are worrying about a market shift, a good print mailing might be just what your lead list needs.

Direct mail requires proper execution and, like all forms of promotion, a larger message. Recipients need to know how to find you online, what you offer that others don’t and way to measure who responds to it.

Postcardmania, a targeted direct mailing company, is no stranger to sending postcards for real estate agents. Last year, it sent 14,000,000 pieces of collateral in 23,000 mailings on behalf of agents. Naturally, the company learned a few things from their efforts, which it shared with Inman.

If your goal is to stand out among your competitors, then consider avoiding mid-February. The day after Valentines Day, Postcardmania sent 184 mailings. Historically, this time of year is when things tend to slow, and agents pull back a bit on marketing until spring. 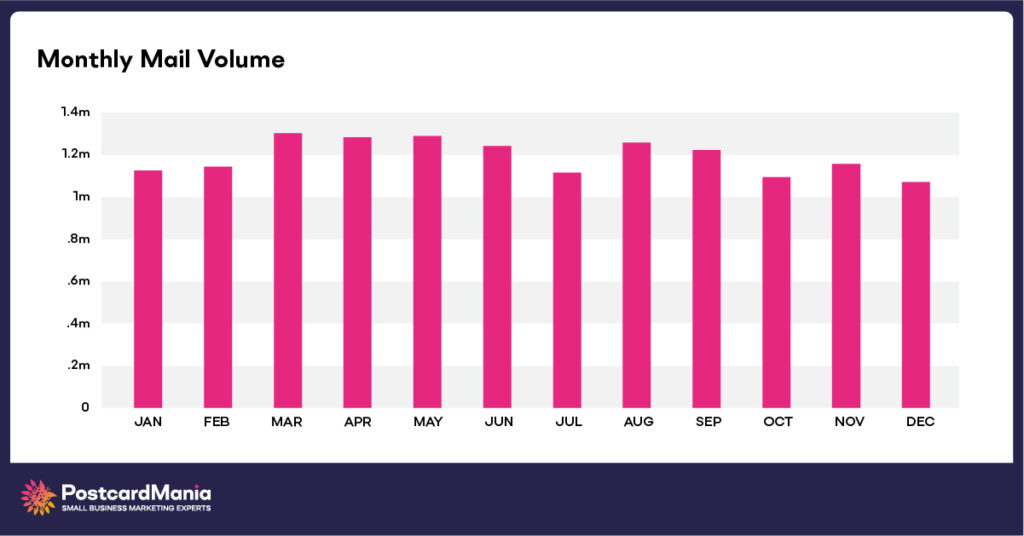 However, February of 2021 was when the market was reaching its maximum heart rate as a result of low inventory. Likely, agents were seeking listings. If you want to stand out, consider mailing in the fall. The company reported its slowest months were October, November and December. Keep in mind, you may be competing with election season mailers.

Last spring was generally the busiest, with a spike in March of 1.3 million total pieces sent. That volume was roughly matched in May and then again in August.

The company’s largest real estate mailing was just over 53,000 pieces, but it found that three out of four mailings were 500 or fewer pieces, with 70 percent stamping campaigns below 750.

About 26 percent of real estate customers mailed campaigns with 50-250 pieces, and 33 percent mailed up to 50 at a time. 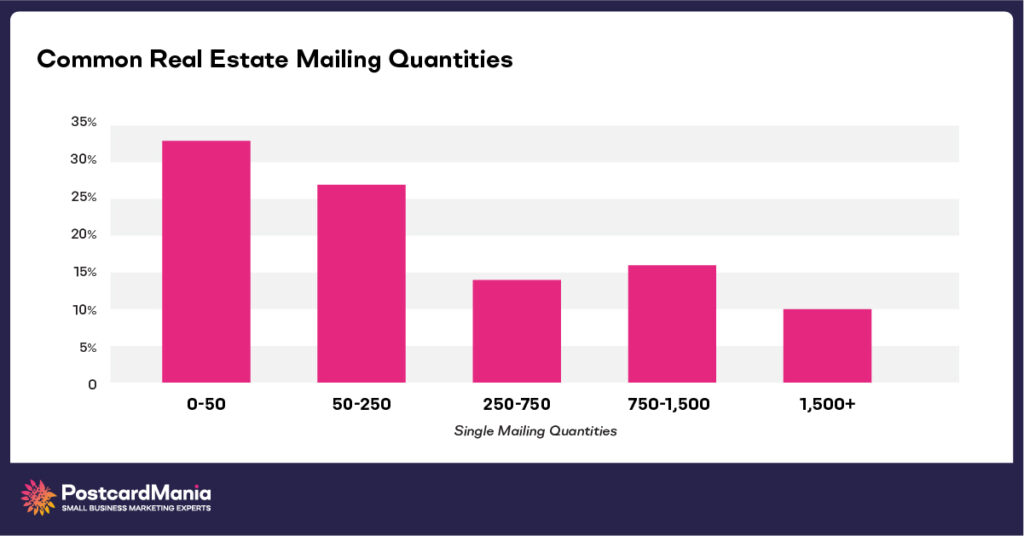 Only one percent of its real estate customer base sent more than 10,000 cards at a time.

Postcardmania was able to share a few specific client case studies. For example, an agent named David Newman wanted to target people in a certain zip code, requiring a mailing of 3,000 postcards.

“He received two listings, sold them both and generated $12,000,” the company said.

The company found that those who mail larger quantities do so on a more consistent basis throughout the year. It can be assume that these customers use direct mail as a regular component of their strategic media mix.

Smaller volume-mailings ebbed and flowed throughout the year, suggesting they’re random, ad-hoc components of a marketing plan, such as calls for new listings, a new team member announcement or testing random advertising tactics.

Geographically, agents in Florida, California and Texas, in that order, used direct mail most often. That makes sense given each state’s level of activity in 2021. They’re also the three most populous states.

In what should send a shiver down the spine of any marketing professional, Postcardmania’s report showed that the vast majority of its customers—91 percent—opted out of its companion digital advertising program. 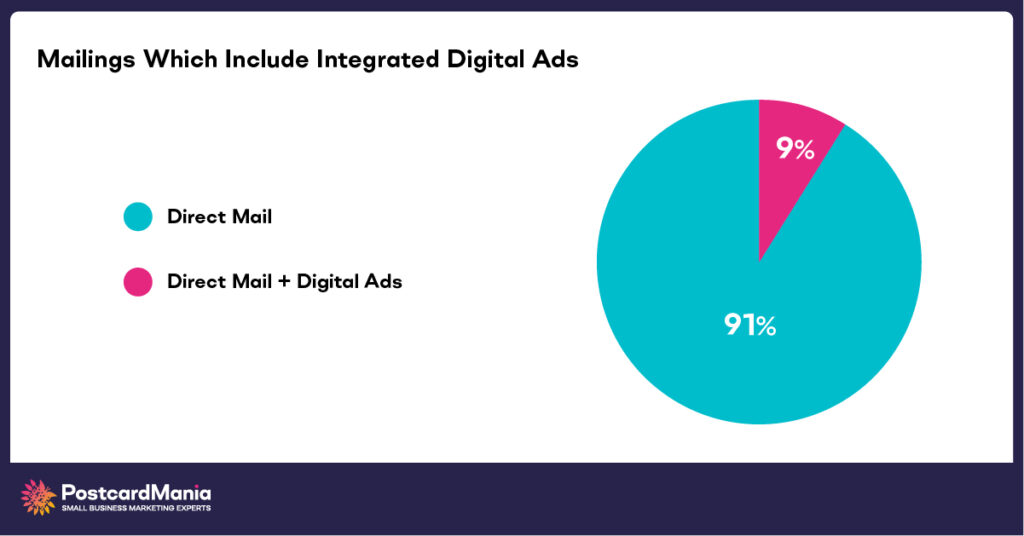 It should be noted that some of those customers are running their own online ad campaigns and chose not to replicate it with what Postcardmania offers. Fair enough.

Nevertheless, remember that all good marketing demands measurement and redundancy. Your message should be replicated in multiple mediums, and direct mail works well alongside digital.

Postcardmania is actively collecting its data for 2022 and expects to share it in early 2023.

For similar vendor-provided marketing content data, read HomeJab’s photography reports on what rooms used most often in listing marketing and what photographers want most from sellers when arrive to capture a listing.