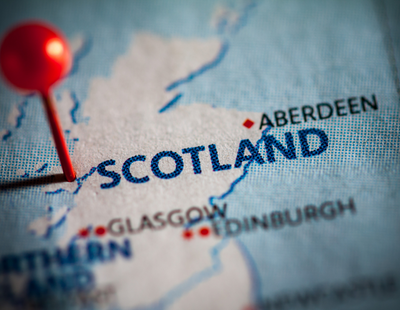 Scotland may face “serious labour shortages” due to its relatively high property buying taxes compared with in England, a leading agent claims.

Analysis by DJ Alexander Scotland has found that property taxes north of the border have increased by almost two thirds compared to the pre-pandemic period.

Its analysis of the latest Land and Buildings Transaction Tax (LBTT) statistics found the Scottish Government has seen receipts rise by 64.3% in the 12 months to September 2022 compared with the year to September 2019.

The past three months alone have brought in £191.5m and are the three highest totals since LBTT was introduced in April 2015.

David Alexander, chief executive of DJ Alexander Scotland, said: “The property market has been booming and one of the principal beneficiaries is the Scottish Government through LBTT.

“Politicians like to say that they want those with the broadest shoulders to contribute the most and it is clear that 130 people in Scotland are doing just that.

“Almost a quarter of all tax raised from so few people indicates just how dependent the country is on so very few people to raise such a large sum of money per household.”

He warned that the Scottish Government will lose income as the market slows.

Alexander added: “The reduction in rates and thresholds in England are remaining in place presumably as a boost to the slowing housing market.

“If the Scottish Government decides not to follow suit, then there is the very real risk that our market will slow much further and faster than the rest of the UK which will be harmful both to individuals and the wider economy.

“If we are to be seen as a progressive country wanting to attract the brightest and the best then we must ensure we have a property tax regime which is fair and at least as competitive as our nearest neighbour.

“However, with a 10% rate of tax kicking in at the relatively modest price of £325,001 we risk penalising the backbone of the workforce such as nurses, teachers, office workers and others who are being asked to pay substantially more in property tax than their English counterparts.

“If these people vote with their feet and decide that moving to Scotland to work is prohibitively expensive, then we may continue to find serious labour shortages in key sectors in the coming years.”