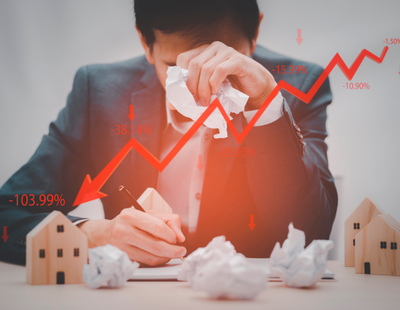 UK property sales fell by around a third last month and were flat on a monthly basis, new figures show.

HMRC’s latest property transaction report estimates that there were 103,930 UK sales on a seasonally adjusted basis during September, down 37% annually and flat compared with August.

Commenting on the data, Jeremy Leaf, north London estate agent and a former RICS residential chairman, said: “Nothing better reflects the health of the housing market than the number and pace of transactions rather than more volatile prices.

“Interestingly, the slightly historic nature of these latest figures reflects how activity was beginning to stall even before the traumatic events at the end of September.

“After the mini-Budget it felt like someone had turned the phones off in our offices from which we are only slowly recovering as uncertainty still lingers.

“Nevertheless, there are many determined to take advantage of more advantageous lending terms before rates climb even higher.”

Jean Jameson, chief sales officer at Foxtons, added: “Everyone is keeping a close eye on the UK housing market, as we’ve yet to see the full effect of government’s roll back on the mini budget and economic shifts on house prices.

“The HMRC report saw less residential transactions in September 2022 versus 2021 and no growth from August 2022.

“Foxtons, however, have seen an increase in market transactions in September. Historically, premier agencies have proved useful when transaction volumes have slowed, because we help customers successfully navigate a more complex market.

“So, transaction growth may take longer to slow. Affordability issues may have a knock-on effect on the number of people that decide to transact in the coming months, however, we haven’t seen this impact market transactions yet.”