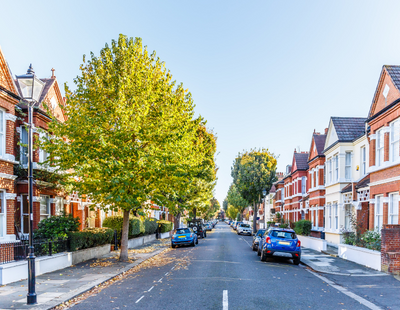 That’s according to the latest research from Alliance Fund, which examined the number of properties that were sold off-market across Britain over the last year. It also analysed the market value of these secret property sales based on current market values.

In total, some 98,235 homes are estimated to have been sold off-market in 2021, the figures suggest. That represents a 51.4% rise on the previous year and the third biggest yearly total of off-market transactions in the last decade.


What’s more, it was the first annual rise in the number of off-market transactions since 2017. Off-market sales had declined every year since, until 2021, but have no doubt been boosted the Covid pandemic and the trend for buying sight unseen.

Off-market homes are thought to secure a 20% house price premium due to hot demand from homebuyers, making them potentially much more profitable to sellers.

Although the average price of a UK home stood at £261,927 in 2021, it leaps up to £314,312 for the average off-market property. As such, the UK’s secret housing market contributed almost £30.9bn in market value, the research suggested.

It’s also estimated that, in 2022 alone, more than 35,000 homes have already been sold off-market, adding up to just short of £12 billion based on current market values..”

“When we think of secret property sales, we think of ultra-high net worths completing on prime London mega mansions without wanting to draw attention to their latest acquisition,” Iain Crawford, CEO of Alliance Fund, said.

“But this sort of market activity actually accounts for a very small percentage of off-market property transactions.”

He added: “In fact, many off-market sales are simply homes in areas with overwhelming levels of buyer demand, where stock is sold subject to contract before a for sale board is even erected.”

He said, in these instances, agents will have a long waiting list of would-be buyers who are desperate to live within a certain postcode or development, so they needn’t waste the money required to market a home on the open market.

“While this is a common practice, it’s certainly been turbocharged as a result of the pandemic property market boom, with buyers falling over themselves to secure what little for sale stock was available while mortgage rates remained very favourable,” Crawford continued.

“As a result, last year saw the third largest level of off-market sales in the last decade, but with house prices also heightened due to such high demand, the overall contribution these transactions made to total market value was by far the highest it has been in the last 10 years.”