A top producing team in the Hudson Valley has moved over to Compass from Berkshire Hathaway, the brokerage announced last week.

The team formerly known as The Home Team is now Team Banx at Compass, led by Michael Kahns. Its specializations include residential, commercial, investment and rental properties across the Hudson Valley. 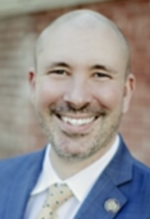 “I believe that Compass and Team Banx have a grounded alignment in our core values,” Kahn said in a statement. “We are both forward-thinking and creative, we put people first, we hold ourselves to very high professional standards, and we both believe in an industry where technology bolster’s the agent — ultimately elevating our client’s real estate experience.”

The 11-person team closed $62 million across 185 residential transaction sides in 2021, becoming the No. 11 large team in New York state based on transaction sides and the No. 33 large team in the state based on sales volume, according to RealTrends’ America’s Best rankings. The team also clinched a record sale for the town of East Fishkill last year, an 1890s-era stone masonry estate located on 12 acres that sold for $1.85 million.

Team Banx will be based out of a new office Compass is opening in Wappingers Falls, New York, in November of this year, and will be the only team based out of the company’s office.

Compass’ expansion in the region comes in advance of third-quarter earnings, which will be released in November. The brokerage has long struggled with profitability and made two separate announcements of layoffs in the last year. Even so, the company became the largest residential brokerage in the U.S. by sales volume in 2021.